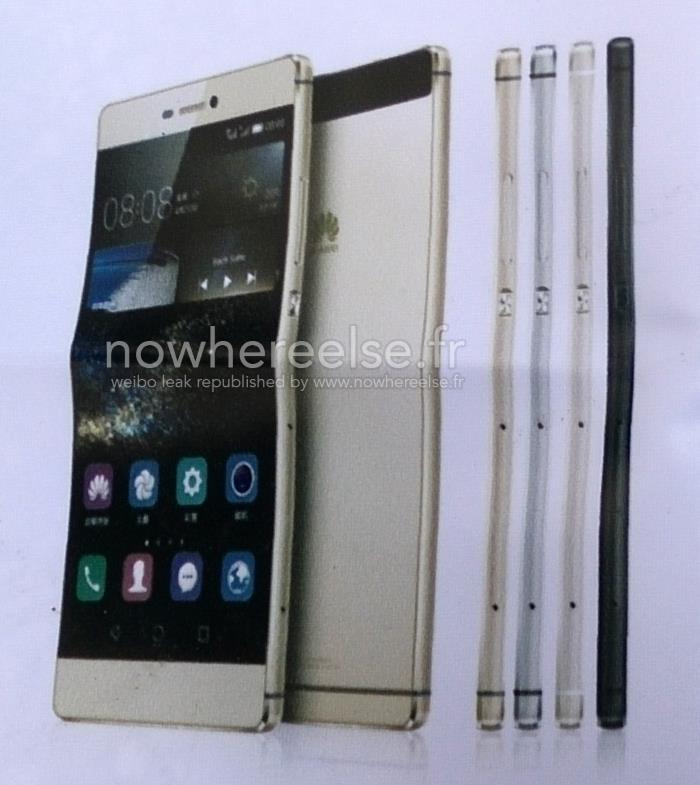 Huawei has scheduled an event tomorrow where the Chinese company is expected to take the wraps off its flagship device, the Ascend P8, as well as a trimmed down version of it known as the Huawei Ascend P8 Lite.

We’ve seen the alleged handset getting leaked on a number of occasions in the past few weeks, and another new leak has surfaced showing the alleged Huawei Ascend P8 in a leaked billboard poster.

The leaked image gives us a glimpse of the looks of the upcoming handset, as well as the information that it will come in four color options: black, white, silver and gold.

The purported Ascend P8 is expected to come with a 5.2-inch display sporting a resolution of 1,920 by 1,080 pixels resolution, a Kirin 935 processor clocked at 2.2GHz, 3GB of RAM and 32GB of internal storage on board. The handset is also expected to feature a 13MP main camera for photos and videos as well as an 8MP front-facing camera, a 2,600 mAh battery and Android 5.0 Lollipop as its operating system out of the box.

The Ascend P8 Lite on the other hand has been spotted on regulatory websites, and is expected to come with a trimmed down specifications compared to the flagship device. The alleged handset is said to come with a 5.2-inch 720p display, a Kirin 930 processor, 2GB of RAM, 16GB of onboard storage, 13MP main shooter and a 5MP front-facing camera.

We’ll update you as soon as the handsets are officially unveiled by the company.