Huawei are expected to reveal a number of new smartphones at next month Mobile World Congress, one of those is the new Huawei Ascend P2 and now it would appear that we have a photo of the handset along with some specifications.

The Huawei Ascend P2 is rumored to feature a 4.5 inch display with a full HD resolution of 1920 x 1080, it will be powered by a quad core processor possibly with a 1.8GHz clock speed, and will come with 2GB of RAM. 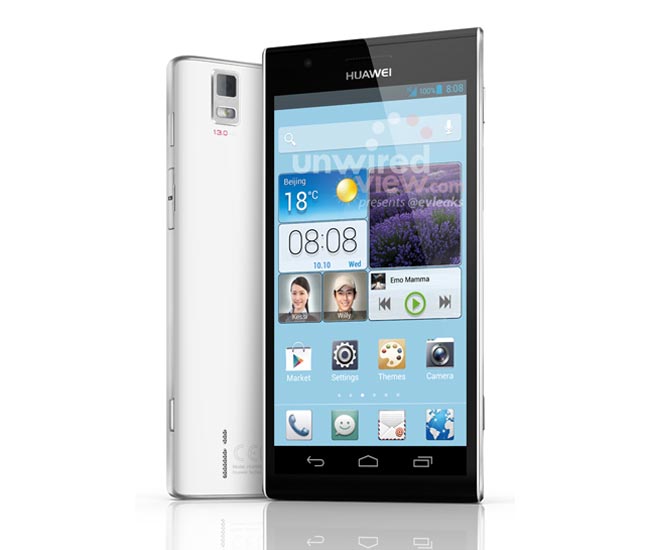 Other rumored specifications on the Huawei Ascend P2 include a 13 megapixel camera and a 3,000 mAh battery, it will also come with either Android 4.1 or 4.2 Jelly Bean.

We should have more details on the new Huawei Ascend P2 when it is officially announced next month, in the mean time if we get any further details we will let you guys know.