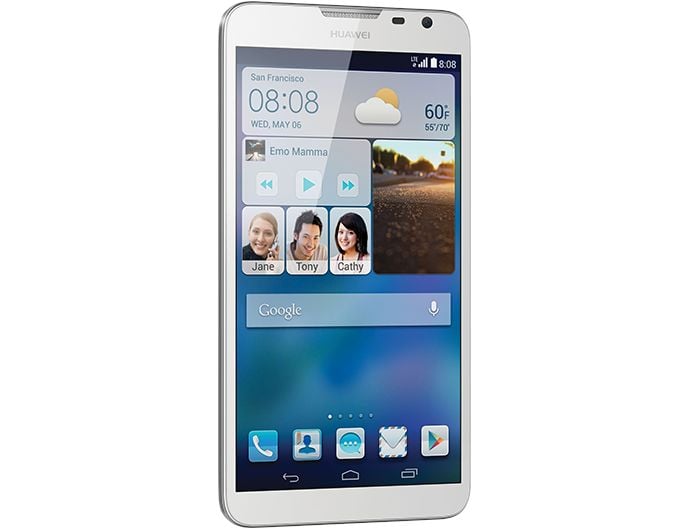 Huawei has announced that they are launching the Huawei Ascend Mate 2 in the US, the handset was announced back at CES in January, and it will retail for $299.99 in the U.S. unlocked.

The new Ascend Mate 2 comes with a 6.1 inch HD display that has a resolution of 1280 x 720 pixels, the device is powered by a quad core 1.6GHz Qualcomm Snapdragon 400 processor.

Announced at the Consumer Electronics Show this year, the 4G LTE-enabled Ascend Mate2 was designed with today’s constantly connected consumer in mind.

“We put everything we know into the Mate2,” Mr. Xu said. “This devices has what it takes to help you live large: big power, big screen, big camera. The Mate2 has more of everything you want in a smartphone.”

Other specifications on the Huawei Ascend Mate 2 include 2GB of RAM and 16GB of built in storage, there is also a microSD card slot for expansion which can take up to 32GB cards.

The new Ascend Mate 2 also comes with a 3,900 mAh battery, Bluetooth 4.0, WiFi, 4G LTE, and Android 4.3 Jelly Been plus Huawei’s EMUI 2.0 Lite user interface, you can find out more details over at Huawei at the link below.