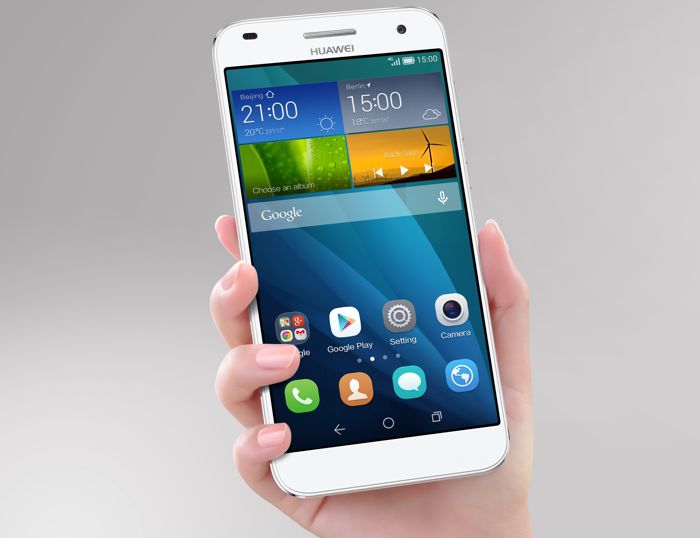 Huawei has announced a new Android smartphone at this years IFA, the Huawei Ascend G7, the handset comes with a 5.5 inch HD display that has a resolution of 1280 x 720 pixels.

The Huawei Ascend G7 is powered by a quad core 1.2GHz Qualcomm Snapdragon processor and it comes with 2GB of RAM and 16GB of built in storage.

If you need additional storage, the new Huawei Ascend G7 is equipped with a microSD card slot that can take up to a 64GB card, the handset also comes with front and rear facing cameras.

The rear camera on the Ascend G7 is a 13 megapixel camera with an f2.0 aperture and a 28mm wide angle BSI lens, the front facing camera is a 5 megapixel version.

“In a market flooded with mid-tier smartphones that have a plastic look and feel, Ascend G7 stands out with its beautifully crafted, elegant metallic design,” said Richard Yu, CEO, Huawei Consumer Business Group. “The vibrant 4G LTE-enabled Ascend G7 has been created for consumers around the world to ‘Make it Possible’ to embrace their individuality and live life their own way.”

Huawei have said that the new Huawei Ascend G7 will launch in Germany, Italy, Spain, Denmark, Hungary, the Netherlands Turkey, Poland, Norway, South Africa and Mexico later this month, the handset will retail for 299 Euros.