Huawei has taken the wraps off of its mid-range smartphone known as the Huawei Ascend G6 at the Mobile World Congress 2014 in Barcelona.

We’ve heard quite a lot about the handset in the past, thanks to the rumor mill, and managed to see it in a form of leaked press renders, courtesy of @evleaks. 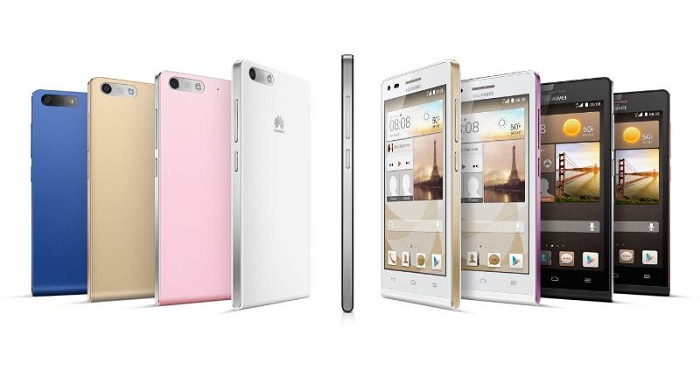 Huawei Ascend G6 comes in two flavors: one with 4G compatibility with speeds of up to 150mbp, while the other one comes with 3G connectivity. The handset rocks a 4.5-inch qHD display sporting a resolution of 960 x 540 pixels, and is powered by a quad-core 1.2 GHz processor.

Other features include a 2,000 mAh battery, NFC, 8MP rear camera for photos and videos with a 5MP front-facing camera, and runs Android as its operating system with Huawei’s Emotion UI 2.0 on top of it. The Huawei Ascend 4G measure 7.85mm and weighs only 115g while the simple version is 7.5mm thin.

Huawei Ascend G6 4G will hit the retail shelves in black with light gunmetal grey or rose gold highlights, or in white with pink or champagne gold color, while the 3G version will be available in black, white, pink, gold or blue. Huawei Ascend G6 3G will be available in Q1 later this year, while the 4G variant will hit the retail shelves in April.

There’s no word about the pricing, but we’ll update you as soon as anything comes up.