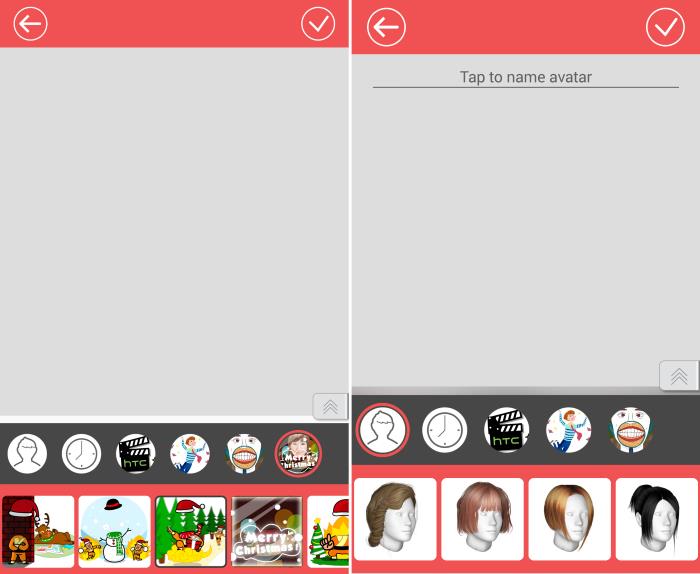 Details about the upcoming HTC’s Sense 7 UI are extremely scarce at the moment, but we do know one thing that it’s expected to come with the upcoming flagship device from the Taiwanese manufacturer.

Recently, some screenshots of the alleged Avatar Maker made their way on to the internet, hinting at one feature which may be a part of the next big update from the company.

HTC usually unveils a new version of their Sense UI with a new flagship device, Sense 6 was launched with HTC One M8, and the alleged HTC One M9 codenamed Hima will feature new Sense UI. We’ve heard about the alleged handset on a number of occasions in the past, suggesting that HTC may make some nice changes to the handset.

HTC One M9 is expected to come with a 5-inch 1080p display, a quad-core Snapdragon 810 processor paired with 3GB of RAM, and Android 5.0 Lollipop with Sense 7 UI on top of it. HTC is also rumored to drop the UltraPixel setup when it comes to photographic capabilities, and may come with a 20.7Mp rear shooter, as well as a 13MP front-facing camera.

Rumors suggest the handset will launch in March, while the Sense 7 UI will make its way to existing devices a few months later. We’ll update you as soon as we hear anything more.