It looks like smartphone and tablet manufacturer HTC is working on a Windows 8 based tablet, according to Eldair Murtzain, and the tablet will apparently be an ARM based device.

HTC has had great success with its Android range of devices, and also produces some Windows Phone 7 devices, so a Windows 8 based tablet would seem like the next logical step from HTC. 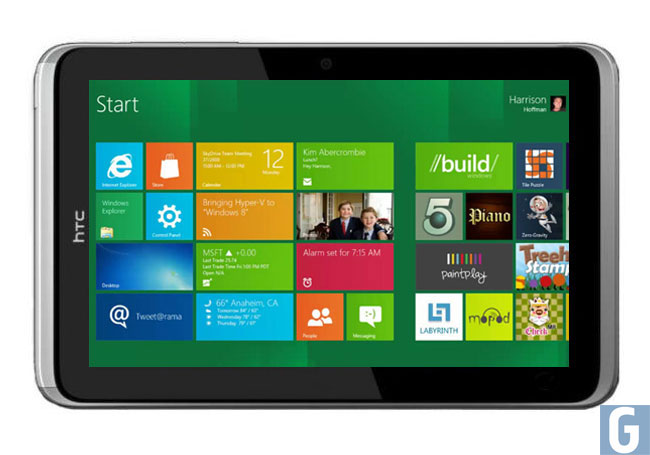 The HTC Windows 8 Tablet is expected to come with a Qualcomm processor, although there are no actual details on which version as yet.

The above image is a mock up of what a Windows 8 tablet from HTC may look like and not an actual HTC Device.