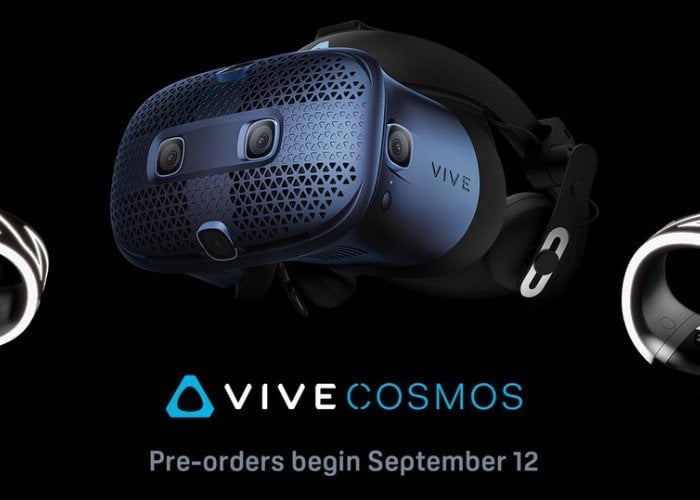 HTC has confirmed that preorders for their new Vive Cosmos virtual reality headset will open tomorrow from September 12th, 2019 onwards. Allowing those interested to make sure they are first in the queue when the HTC Vive Cosmos VR headset officially launches.

To recap specifications of the new HTC Vive Cosmos VR headset include an 88% increase in pixel count over the original Vive at1,080 × 1,200 per-eye offering a resolution of 1,440 × 1,700 per-eye or 2,880 × 1,700 pixels in total from its RGB LCD displays. The VR headset offers a refresh rate of 90 Hz and is equipped with 6 inside-out sensors and controllers that include optical technology for tracking, audio is provided by integrated flip up headphones and input is via a USB & DisplayPort using a Vive Wireless Adapter.

“Introducing VIVE Cosmos , a new premium PC VR system and a vision of the virtual future. It conforms to your wants and your needs with surprising ease and versatility. Whether you are new to VR or familiar, a fantastic voyage awaits. VIVE Cosmos goes beyond everything you could want in one device.”