It looks like the HTC Vigor will feature a 1280 x 720 display, which sounds impressive and it will also feature a 1.5GHz processor, we are not sure if it is dual core, but we suspect it will be, plus a Qualcomm Adreno GPU. 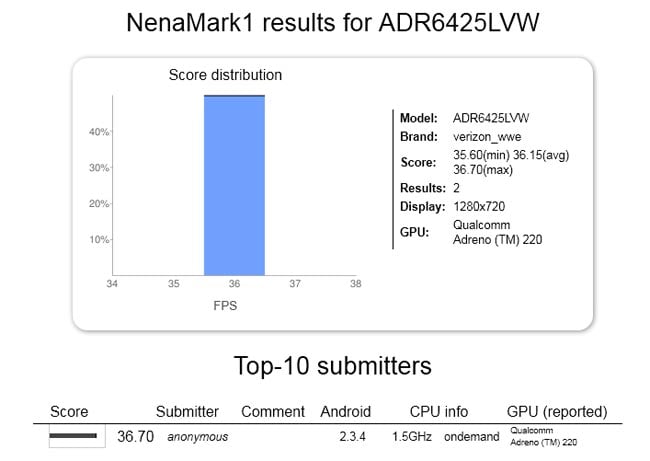 The version that appeared on the benchmark was running on Verizon’s network and it was running Android Gingerbread 2.3.4, as soon as we get some more information, and some actual pictures of the device we will let you guys know.