HTC are holding a press conference in New York later today where they are expected to unveil the new HTC Rezound android smartphone that we have been hearing so much about over the last few weeks.

Now it would appear that an official press shot of the Rezound has leaked ahead of the announcement, which will be taking place in a few hours, can see the leaked photo below. 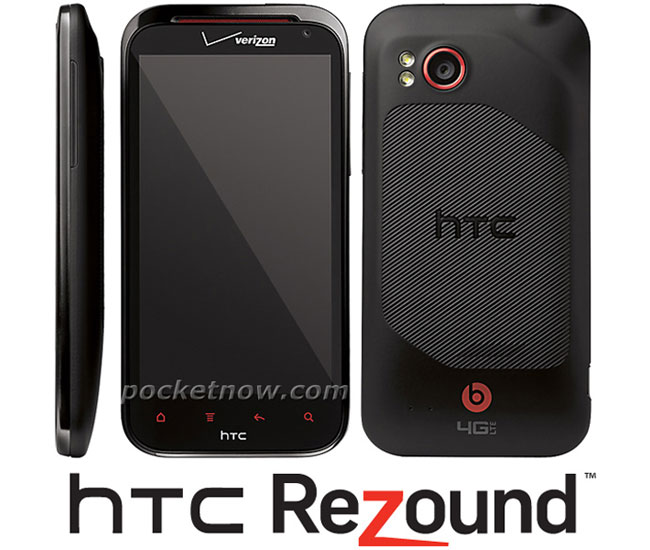 What we have heard so far is that the HTC Rezound will come with a 4.3 inch HD display with a resolution of 1280 x 720 pixels and it will be powered by a dual core 1.5GHz processor.

The HTC Rezound is also rumored to come with an 8 megapixel camera on the back and a front facing 2 megapixel camera, plus 1GB of RAM, HTC’s custom Sense 3.5 UI and Android 2.3.4 Gingerbread.