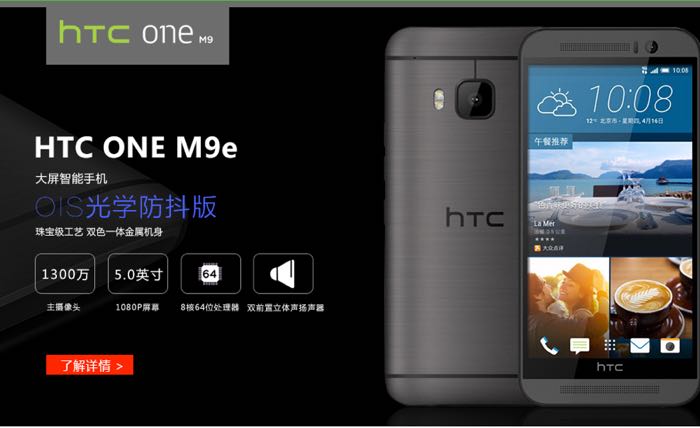 We have been hearing rumors about the HTC One M9e for some time, the handset has now been made official and it will launch in China.

The new HTC One M9e comes with a 5 inch display with a Full HD resolution of 1920 x 1080 pixels and the device is powered by a 64-bit octa core MediaTek MT6795T processor.

The handset also comes with 2GB of RAM and 16GB of included storage, there is a microSD card slot for expansion which supports cards up to 2TB in size.

The device is equipped with dual cameras, on the front of the device there is a HTC Ultrapixel camera for selfies and on the back there is a 13 megapixel camera with optical image stabilization. The new HTC One M9e comes with Android 5.0 Lollipop and HTC Sense.

It looks like the new HTC One M9e will only be available in China, the device will retail for 2,699 yuan which is about $425 at the current exchange rate.