Rumors suggest that HTC is working on the successor of its flagship device known as HTC M8 aka HTC One 2. The handset is yet to make an official appearance, but is there any way you can stop the rumor mill from giving information about unreleased products? No, you can’t.

Now, a user designed a 3D-mockup, made of resin, of the purported HTC One 2, based on information from an inside source. The mockup looks quite similar to HTC One, but boasts a larger 5-inch screen compared to 4.7-inches in HTC One. 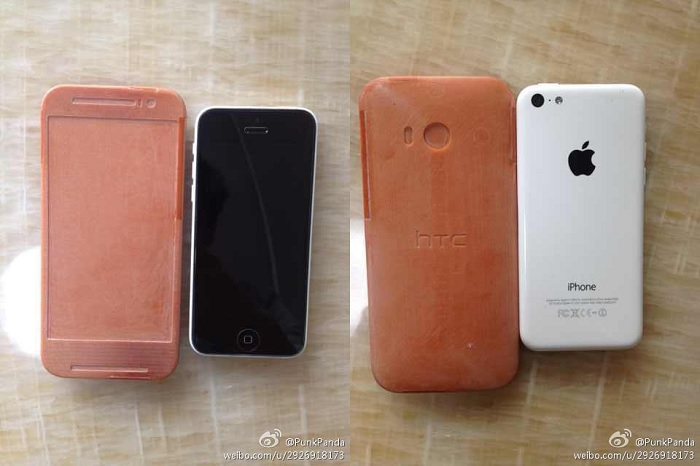 We’ve several rumors about the rumored successor in the past, and it barely posed for the camera as well. Based on rumors, the purported handset will come with a 5-inch display sporting a resolution of 1920 x 1080 pixels. Under the hood, the handset is rumored to feature a quad-core Snapdragon 800 processor, with Android 4.4.2 KitKat and Sense 6.0 pre-installed out of the box. There’s no word about the RAM, but we’re wildly guessing it could be 3GB. And, it would be amazing if they can introduce Snapdragon 805 in it.

Rumors suggest it will make an official appearance at the Mobile Word Congress 2014, which will take place in Barcelona from 24th of February until February 27th. Additionally, it’s rumored to launch on all major US carriers by the end of first quarter next year.

Let’s just take this rumor with a pinch of salt. There’s no denying that it could look like its predecessor, but we must wait for the official announcement.