As well as launching the new HTC Desire HD, HTC has added another Android smartphone to their range with the launch of the HTC Desire Z. As you can see from the photo, the HTC Desire Z features a QWERTY keyboard that ‘pops out’ rather than slides.

The HTC Desire Z features an 800MHz Qualcomm MSM7230 processor, there is also HSPA+, and 802.11n WiFi, plus a five megapixel camera with a built in flash. 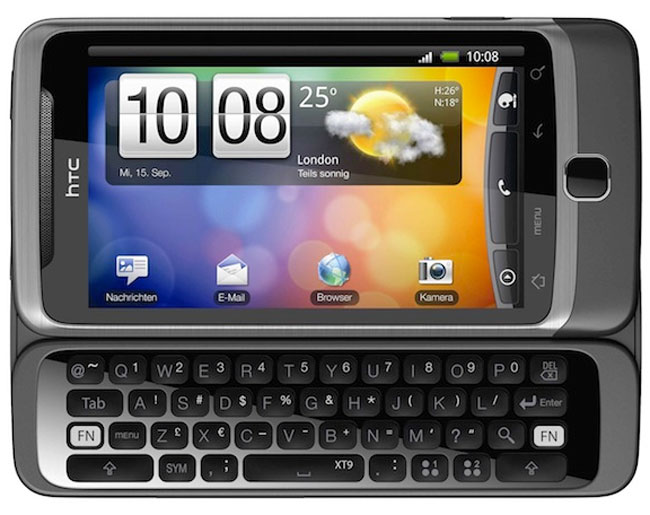 The five megapixel camera is capable or recording HD video in 720p, it will also make use of HTC’s updated Sense UI. The keyboard looks quite interesting as it features user assigned keys that lets you quickly launch you favourite applications.

The HTC Desire Z will go on sale in Europe and Asia in October, there are no details on pricing as yet.

Play has listed the HTC Desire Z and HTC Desire HD, full details at the link below with release date and price for the UK.