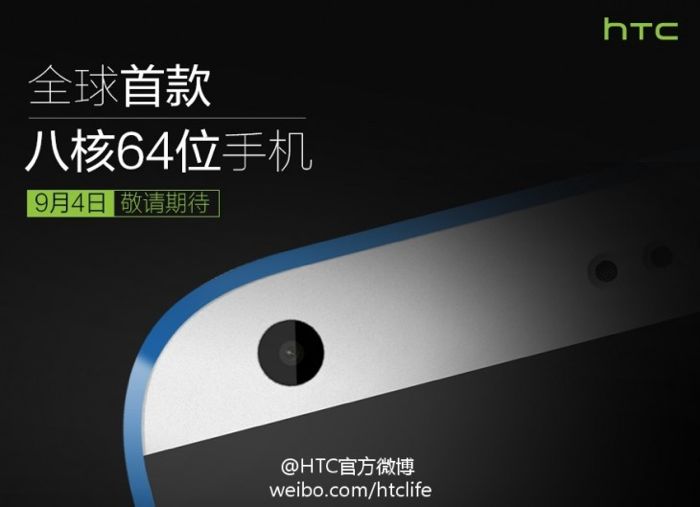 Yesterday HTC teased their latest smartphone, the HTC Desire 820, and now the company is at it again, posting another teaser photo on Weibo, although this one confirms that the handset will come with a 64-bit mobile processor.

The HTC Desire 820 could be the first Android smartphone to launch with a 64-bit processor, the handset is said to be powered by a eight core Qualcomm Snapdragon 615 processor.

HTC is touting the new HTC Desire 820 as the ‘world’s first’ 64-bit Android smartphone, as yet we do not have any details on what other specifications the handset will come with.

We are looking forward to finding out what other specifications the new HTC Desire 820 smartphone will come with, the handset will replace the HTC Desire 816 which had a 5.5 inch display, so this new device could feature a similar size display.

We suspect that the new Desire 820 will come with Android 4.4.4 KitKat and HTC Sense, probably at least 1GB of RAM, possibly 2GB and 16GB of built in storage.

HTC are holding their IFA press conference on the 4th of September, we can expect to find out more details about the device at the event, as well as some other new HTC device, we may even see the rumored HTC Smartwatch.