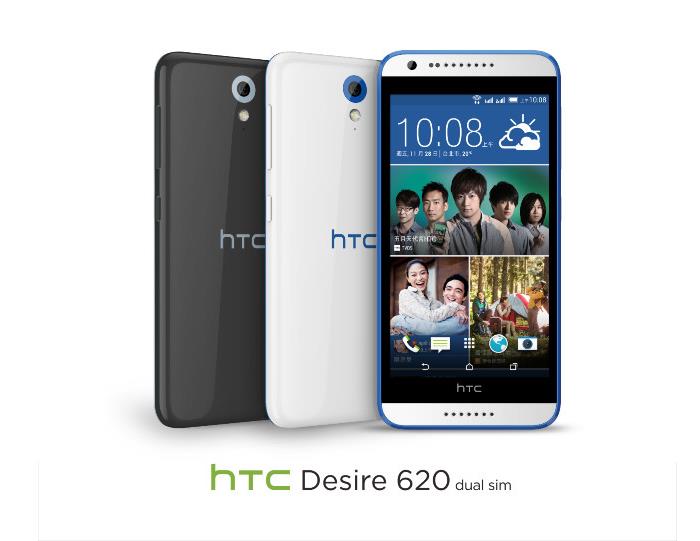 Not too long ago, the alleged Desire 620 posed for the camera in all its glory, but the Taiwanese company has officially taken the wraps of the device.

However, the handset is limited to Taiwan where it will hit retail on December 1st. There’s no word if we get to see the handset hit retail in any other market.

HTC launched two versions of the handset: one of them is powered by a 64-bit quad-core Snapdragon 410 SoC while the second version features MediaTek MT6592 chipset. Other than that, the Snapdragon version comes with LTE connectivity on board, while the MediaTek version is limited to WCDMA.

The handset rocks a 5-inch display sporting a resolution of 1280 by 720 pixels paired with 1GB of RAM and 8GB of internal storage coupled with a microSD card support of up to 128GB. There’s a 8MP rear camera for photos and videos as well as a 5MP front-facing camera with HTC’s Eye experience on board. The device also comes with dual-SIM support which is very popular in developing markets.

The Snapdragon version is set to hit retail on December 1st for TWD $6,990, while the MediaTek version costs TWD $4,990 and will hit retail in mid-December.