It looks like HTC will be announcing another new smartphone next week, the HTC Desire 500 which we heard about previously. HTC have sent out invites to a press event in Taipei on the 23rd of July.

You can see the invite below, and it looks like HTC will be announcing the new HTC Desire 500 next Tuesday the 23rd of July. 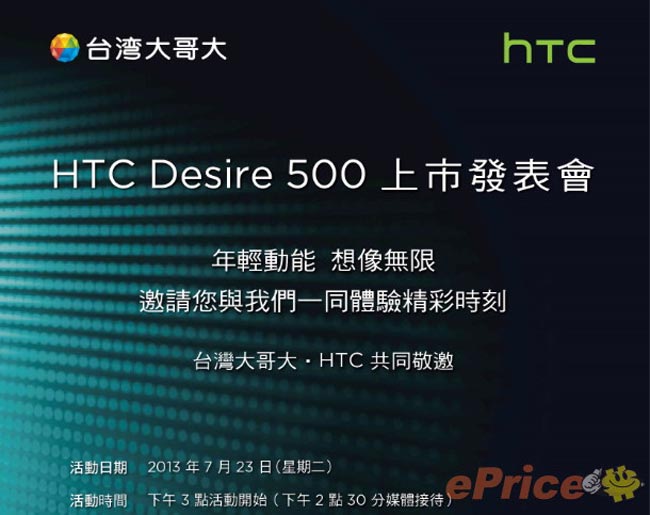 As soon as we get some more details of the new HTC Desire 500, including full specifications and some actual photos of the device we will let you guys know.