If you have been lucky enough to pick up one of the $99 HP TouchPad device’s it might well be worth your while loading it with Android in the near future if you fancy a little bit of 3D gaming.

The Cyanogenmod team has been busy at work tweaking Google’s Android to run smoothly on the discarded HP TouchPad device which HP has now scrapped. Having now modified a HP Touchpad to run various 3D games as well as playing 720p high definition local video. Watch the video after the jump to see the Android HP TouchPad in action. 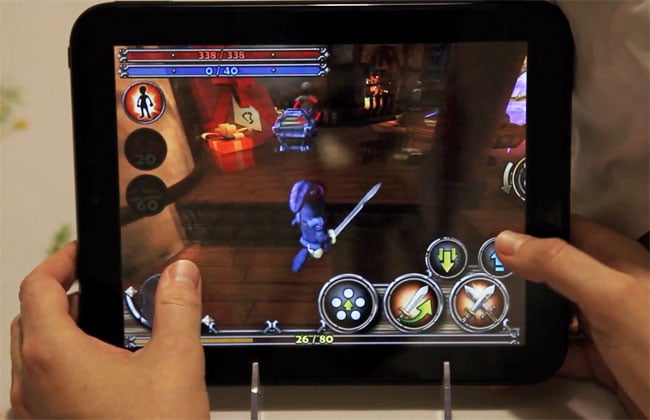 Both the TouchPad’s 1.5GHz cores can now be used and sounds issues have also been rectified, together with hardware accelerated video. The intention is to still be able to provide a dual boot system say the Cyanogenmod team capable of running either Android or the original webOS operating system.

Unfortunately at the moment there is no public ROM available for you to try but when it’s finished the Cyanogenmod team say they will release it for public use.