Yesterday HP announced a new Android tablet, the HP Slate 7 and now we have a video of the device in action, which gives us a look at the slate 7’s design along with some of its features.

The HP Slate 7 features a 7 inch display with a resolution of 1024 x 600 pixels, processing is in the form of a dual core Cortex A9 processor and it also comes with 1GB of RAM. 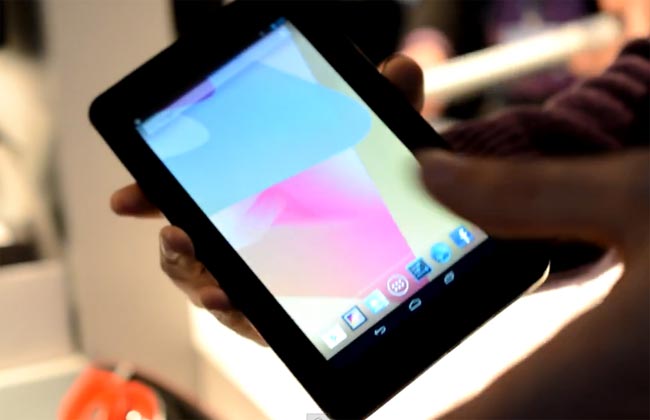 The HP Slate 7 comes with Android 4.1 Jelly Bean and it features 8GB of built in storage, plus a microSD card slot to add in more storage, there is also dual cameras with a front facing VGA camera for video calls and a rear facing 3 megapixel camera for photos and video.

The HP Slate 7 will go on sale in the US in April, the tablet will retail for $169, and it will be interesting to see if it can compete with the likes of the Nexus 7 and the Amazon Kindle Fire.