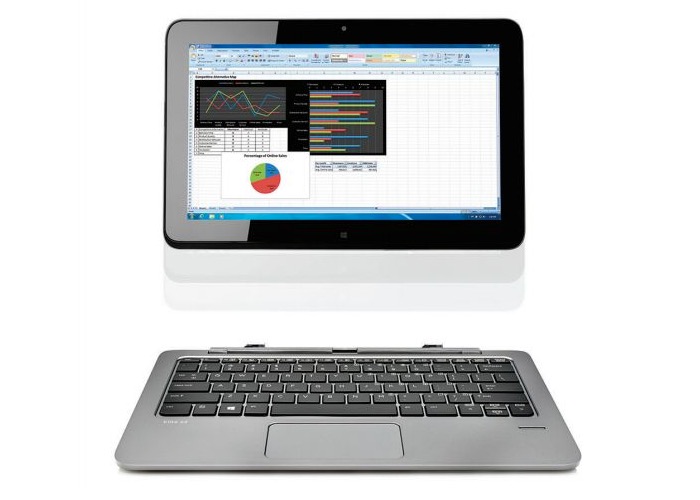 The Intel processor within the latest HP hybrid Windows tablet takes the form of either an Intel Core M-5YC10c, Core M-5Y51, or Core M-5Y71 processor, all of which can be supported by up to 8 GB of RAM. Together with the ability to install up to 512 GB of internal storage as well as support for an optional Wacom stylus to making note taking and sketching even easier.

The HP Elite x2 launches later this month with prices starting from $899 and can be fitted with an optional travel keyboard or a Power keyboard which provides additional power thanks to a built-in 21Wh battery and a handy smart card reader, fingerprint scanner, USP 3.0 port and a DisplayPort.

HP allows consumers and businesses to choose from a variety of different operating systems created by Microsoft including Windows 7 Pro, Windows 8,1, and Windows 8.1 Pro. The tablet is also fitted with 2 megapixel front facing camera for video calling, together with a 5 megapixel rear facing for video and photographs.

For more information on the new HP Elite x2 1011 G1 hybrid Windows tablet jump over to the HP website for details via the link below.