HP and 3M have developed a new system for powering computers using an Ethernet cable, instead of a power cable, and the computer uses 3M technology called One Wire.

Essentially One Wire is an Ethernet cable that will provide an Internet and network connection to the computer, at the same time it also supplies the power to the computer, doing away with the need for a separate power cable. 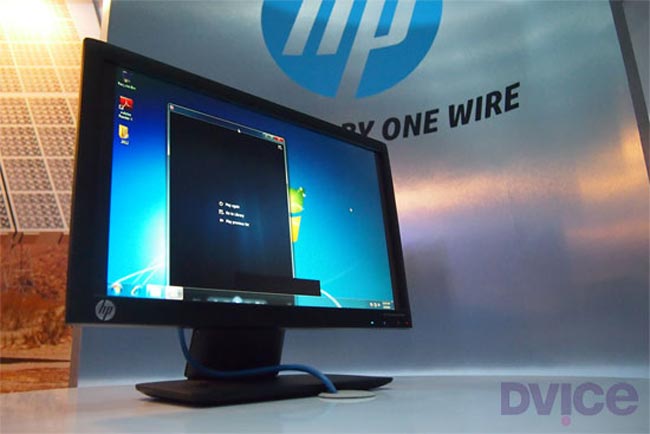 HP will be releasing this One Wire powered computer later in the year, it is called the HP T410 and is a thin client which runs on a system on a chip, and HP will be targeting it at small businesses and it will retail for around $430.

The Technology certainly looks interesting, and I wonder how long it will be before we start to see 3M’s One Wire technology appearing in regular PCs.