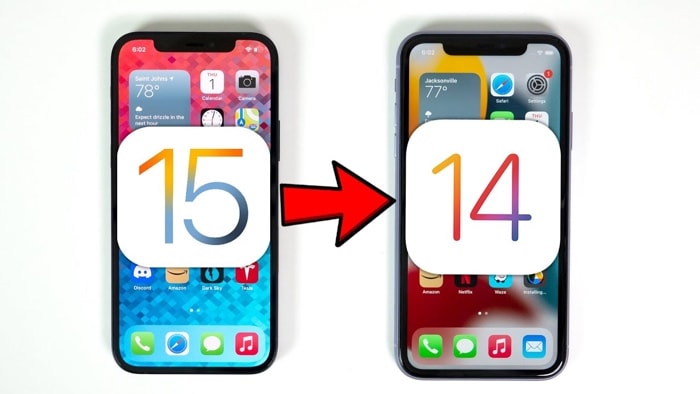 We recently saw  a video on how to install iOS 15 on your device and now we have another video, how to downgrade from iOS 15 to iOS 14 .

With the recent release of the iOS 15 public beta 1, many people will want to test it our on their iPhone, although they may want to switch back to iOS 14.

The video below from Brandon Butch shows us how to downgrade from iOS 15 to iOS 14 on your iPhone without loosing any of your data on your device.

This is a great video as iPhone users may want to try the software our and then switch back to the more stable iOS 14 software.

This is the first public beta of Apple’s iOS 15, this is the same software as the iOS 15 beta 2 for developers that was also released recently.

Apple’s iOS 15 will bring a wide range of new features to the iPhone, there is also a public beta of iPadOS 15 available for the iPad as well. We are expecting Apple to release iOS 15 and iPadOS 15 some time in September along with the new iPhone 13 smartphones. We are expecting these to be released around the middle of September. As soon as we get some details on a release date we will let you know.