With a lot of voltage. That’s how some dude in the UK went about testing his new toy. Basically an innocent CD is placed between two electrodes and at the flick of a switch–Bzzzzzzzzzzzz. A powerful electric current shreds the CDs aluminum layer in a matter of seconds. Below is a screenshot from a vid posted on Youtube by Mr. Photonicinduction. 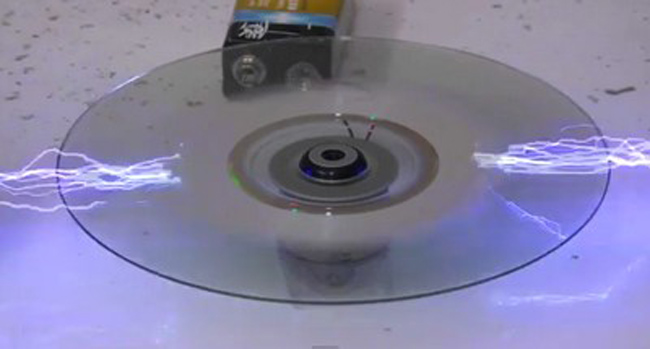 At the beginning of the video, which can be viewed here, Mr. Photonicinduction goes:

Alright boys and girls, this is how you erase a CD.

What follows next is what could be described as e-waste snuff. It’s grisly stuff but kinda alluring as well.