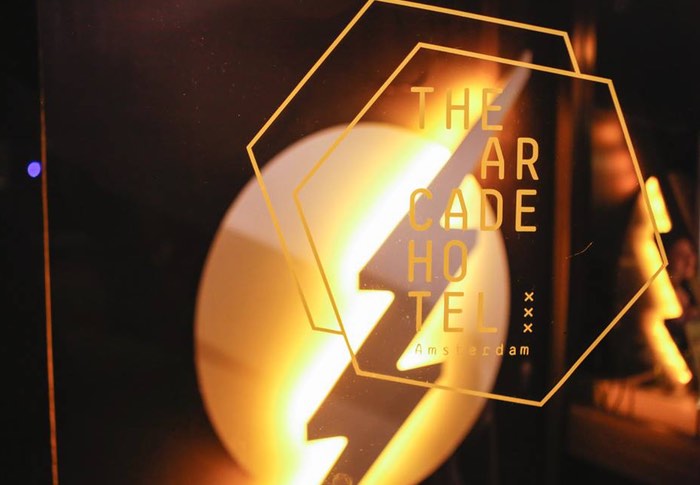 European gamers might be interested to know that a new hotel has opened in Amsterdam that has been specifically designed to accommodate the needs of gamers and is aptly named The Arcade Hotel.

All the hotel rooms have been kitted out with retro consoles and games at no extra cost to residents and there is also a range of different handheld consoles available that can be used whilst in the lobby bar.

Matt Martin from the 24/7Website has been able to stay in the Arcade Hotel during the launch weekend and explains more about what you can expect from the gaming environment which has been created in the hotel by owner Daniel Salmanovich who explains :

Remodelling this hotel into a special place for people who love gaming. I wanted to create a place where travellers and gamers feel like they are staying at a friends home.

The Arcade Hotel sits just far enough away from the cheap madness of Amsterdam’s obvious tourist spots in the up and coming De Pijp area, and it aims to become a welcome retreat for like-minded gamers looking for some familiar RnR after a day exploring the city.

For more information on The Arcade Hotel and to make a booking jump over to the official website via the link below.