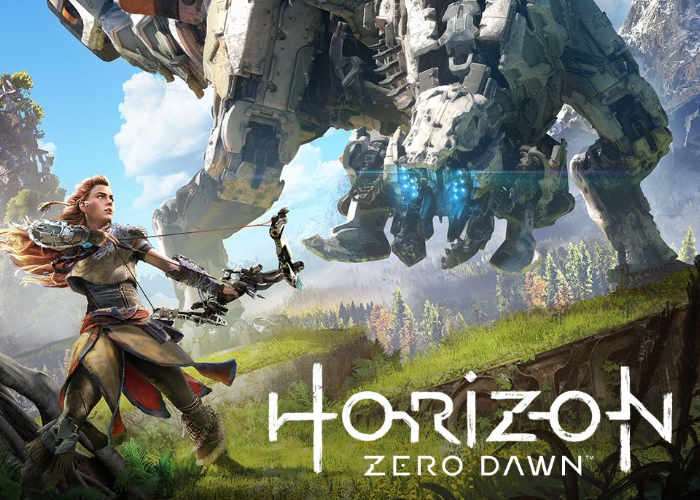 A 20 minute open world gameplay trailer has been released for the highly anticipated Horizon Zero Dawn game providing a hands-on look at what you can expect from the unit game which is currently in the final stages of production and will soon be launching on the PlayStation 4.

Horizon Zero Dawn is an new action role-playing video game which has developed by Guerrilla Games and is played from a third-person viewPlayers take on the role of a hunter to explore and survive in a post-apocalyptic land ruled by robotic creatures known simply as “Machines”.

The plot revolves around Aloy, a hunter and archer who lives in a world overrun by robots. Having been cloistered her whole life, she sets out to discover the dangers that kept her sheltered for so long. The character makes use of ranged, melee weapons and stealth tactics to combat the mechanised creatures whose remains can also be looted for resources. A skill tree is turned to for gameplay improvements. The game features an open world environment for Aloy to explore, divided into tribes that hold side quests to accomplish while the main story guides her throughout the whole world.

The game features an open world with a dynamic day-night cycle and weather system that can be explored without loading screens. Corruption Zones constitute areas that heighten difficulty and are populated by infected Machines that behave with more aggression.To uncover more of the map, one must scale large giraffe-like creatures known as Tallnecks.