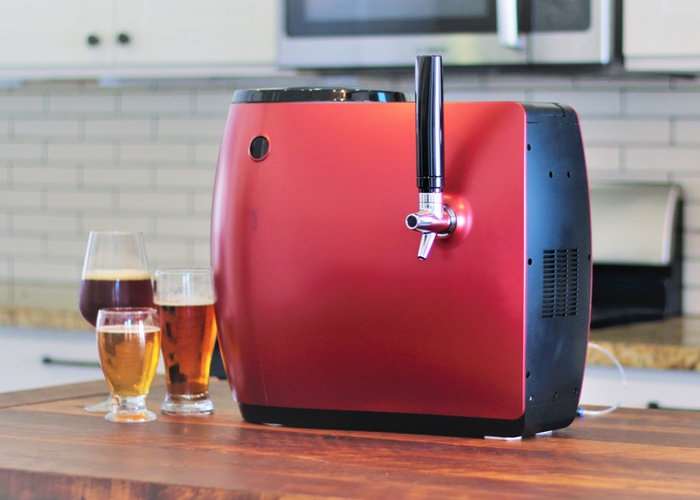 Anyone who enjoys craft beers may be interested in a new personal micro-brewery called HOPii, designed and developed by a team based in San Jo’s California.

Watch the demonstration video below to learn more about HOPii and its ability to brew craft beers from your favourite breweries with just a touch of a button.

HOPii has taken to Kickstarter this month and has already raised over $280,000 with still 44 days remaining on its campaign, blasting past the original $50,000 pledge goal required to make the jump into production.

The developers and creators of HOPii explain more about their new personal craft beer micro-brewery and the inspiration behind it.

With HOPii, you can get better taste than any home brew device, just as if you were pouring from the tap at your favorite brewery’s bright tank. HOPii creates a controlled environment using various smart sensors and algorithms for the perfect and consistent fermentation.

HOPii takes the guesswork out of home brewing and uses a closed loop, smart sensor system that monitors and controls the fermentation time, pressure, and temperature, combined with brewery-sourced ingredients, to enable the best quality taste, every time. The controlled fermentation creates the freshest taste of the craft beer the way it was meant to be by the original brewmasters!

We are partnering with breweries to bring you the best tasting craft beers and will be announcing the names soon. We are targeting to have the traditional flavors that you love (IPAs, Pale Ales, Stouts, etc) as well as new innovative flavors not seen before. We will also have exclusive craft beers that taste amazing.

We will continue to diligently add more partners to HOPii. You will be able to enjoy the freshest taste of craft beers from breweries that are far away from your home. Get the craft beer from your favorite breweries and enjoy right from your home at their freshest moment ever. That’s the HOPii experience.