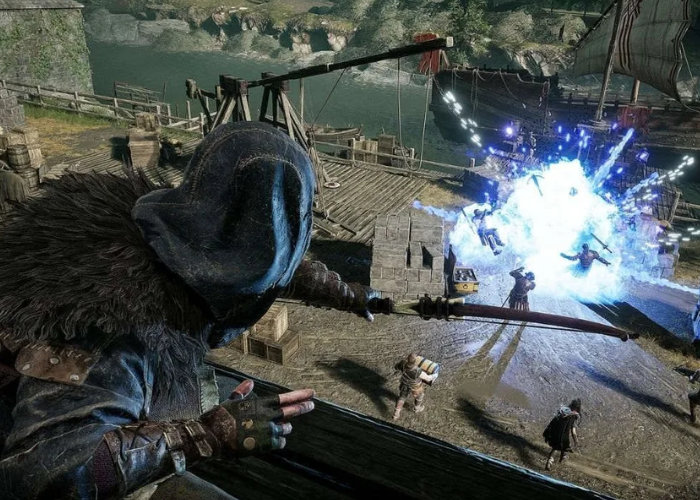 New details on using the PlayStation DualSense controller while playing the highly anticipated Hood: Outlaws & Legends medieval warfare game have been released today by game design studio Sumo Newcastle together with a new gameplay trailer. Jamie Smith Lead Game Designer at Sumo Newcastle has taken to the official PlayStation blog to talk more about the new game which is now available to preorder and will be launching on the PlayStation 5 and PlayStation 4 early next month from May 7th 2021.

“The benefits of the DualSense wireless controller are obvious given a typical scenario for a skilled ranger. The enhanced haptics emulate power surging through the bow. Adaptive triggers convey the string tension as it reaches maximum potency. The feedback of a killing blow delivered to the player through a satisfying pulse. The reverberation of an explosive arrow fired into a crowd of enemies. These are just some of the advantages provided to those playing Hood: Outlaws & Legends on PS5 as it reinforces the experience when playing as the master archer, but many other areas of the game have also been augmented with new features.”

“As stamina depletes in melee combat, the resistance on the trigger increases to signify the strain and reduces the effectiveness of performing the action. This is in addition to receiving incoming impacts and dealing damage to foes, both signified by the haptics. The former is very aggressive, helping to convey the sharp strike of an arrow or the crushing blow of a hammer taken during an enemy encounter. In contrast, the latter is more subdued, a satisfying drum accompanies positive actions such as landing a hit, the intensity of which correlates with the damage dealt. These approaches help players’ to focus on the intended target or incoming danger by providing them with an additional layer of feedback and reducing the need to look elsewhere for a status update.”