The fantastic HoloDesk technology uses an interactive system combining an optical see through display and Microsoft’s Kinect camera to create the illusion that users are directly interacting with 3D graphics. Watch the video after the jump to see the new technology in action. 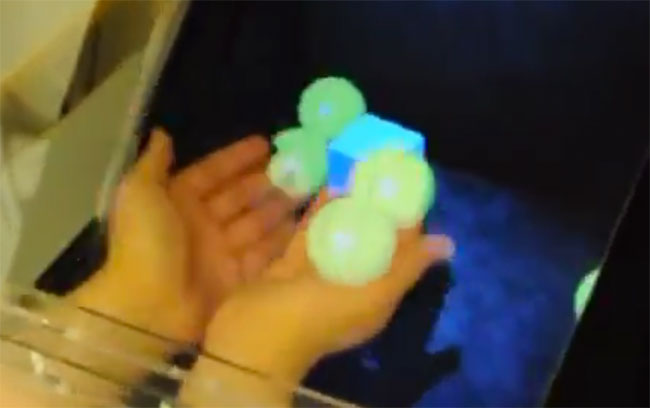 “A virtual image of a 3D scene is rendered through a half silvered mirror and spatially aligned with the real-world for the viewer. A real-time algorithm for rep- resenting hands and other physical objects, which are sensed by the Kinect inside this volume, allows physically realistic interaction between real and virtual 3D objects.”

Unfortunately project is still currently under development that don’t expect it to appear in stores any time soon.