CES 2014 is going in full force and there are dozens of products being showcased at the event. One of them is Hisense, which unveiled a massive 6.8-inch Hisense X1 that can totally make you forget about your tablet due to its large size. Unfortunately, the Hisense X1 will be available in China at launch, but the company plans to bring it to US shores in summer.

Hisense X1 comes with an impressive set of specifications which you can expect from any high-end Android device, and rocks a massive 6.8-inch display sporting a resolution of 1920 x 1080 pixels resolution, and is powered by a Snapdragon 800 chipset with Adrenoo 330 GPU and 2GB of RAM under the hood. 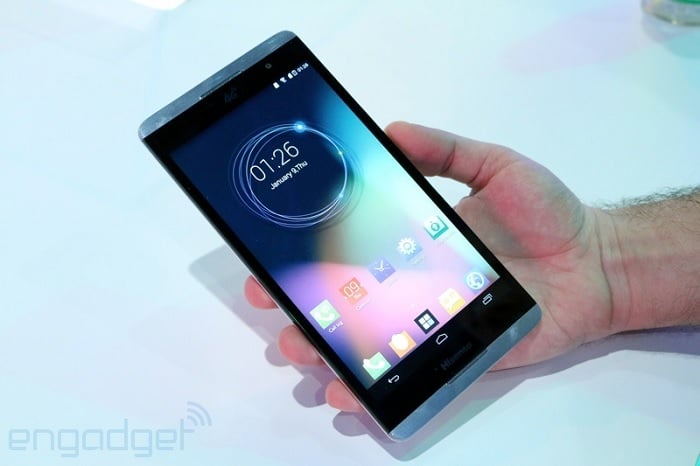 The handset features a 13MP rear camera for photos and videos with 5MP front-facing camera as well. Other features include 16GB storage, a massive 3,900 mAh battery and runs Android 4.4 KitKat pre-installed out of the box. Although the version shown at CES booth was running Android 4.3. Unfortunately, it doesn’t come with LTE support which might be a bummer for many of us, and brings support for HSPA+.

Despite the amazing specifications of the device, it  will be sold as a mid-range device. There’s no confirmed availability date or the price tag it will carry. However, according to the folks at Engadget, it should hit the US in Q2, and the company is also in talks with two carriers to bring subsidized version of the handset to bring its price down.