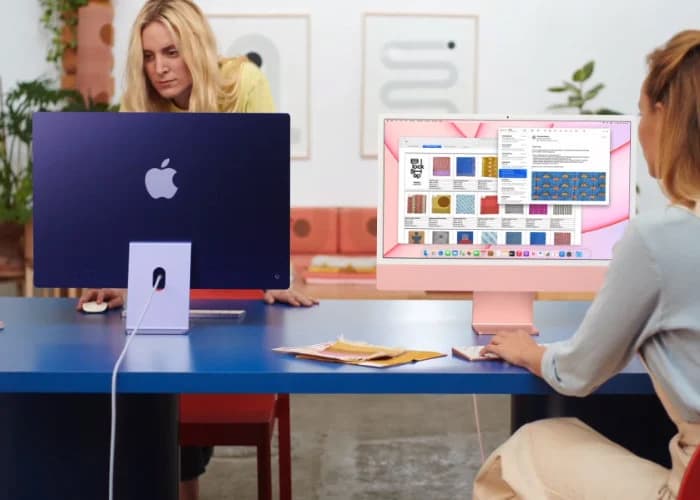 Apple recently launched their new 24 inch M1 powered Apple iMac, the device features a completely new design and it is powered by the Apple M1 processor.

The device is completely different to the previous model, it now comes in a range of colors and it is considerably thinner than the last generation iMac.

The new M1 powered Apple iMac comes with the same processor as the new MacBook and also the Mac Mini, the device comes with white bezel and a chin at the bottom which has received a mixed reaction.

Apple are expected to launch a larger iMac later this year somewhere between a 27 inch and a 30 inch display, the new devices is rumored to come with a more powerful M2 processor.

The new model is considerably faster than the model it replaces, this is thanks to the M1 processor which appears to outperform the Intel processor in the previous Macs.