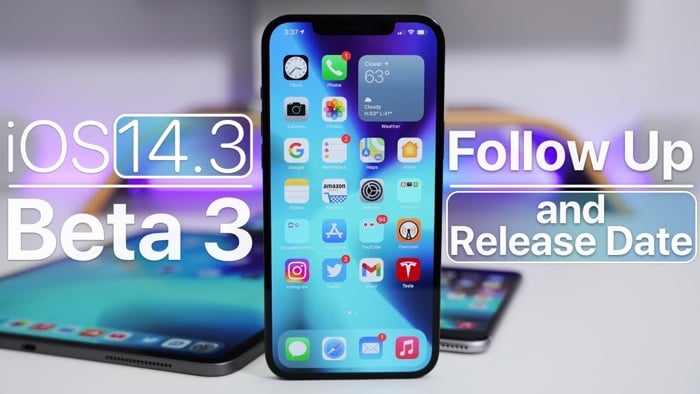 Last week Apple released their iOS 14.3 beta 3 software and we got to have a look at the OS, now we have another video which gives us another look at the software.

The video below from Zollotech gives us another look at the latest beta of iOS 14.3 and the new features.

As we can see from the video the software will mainly fix a range of bugs in Apple’s iOS 14.2, it also brings a couple of new features including the ProRAW format for the camera on the iPhone 12 range of handsets.

Apple are expected to release their iOS 14.3 update either before the end of December or in early January, as soon as we get some details on when the update will be released we will let you guys know.