The entire Resident Evil film franchise should probably be blamed for this catastrophe in the making. Might as well spread the guilt and include the TV adaptation of The Living Dead and a few rather zombie-filled first person shooters. But wait, wait, this isn’t exactly a zombie virus as depicted in movies (at least not yet). At the moment it’s quite the breakthrough. Revolutionary stuff! 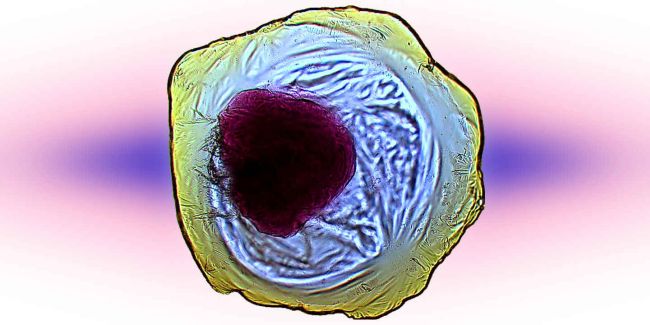 But relax, as usual our paranoia is getting the better of us. The research being undertaken at the University of Glasgow is actually 100% benign. All it seeks to accomplish is a viable process of “engineering” inorganic cells to conduct chemical processes. In short, make non-carbon based cells act like carbon-based cellular life forms. Impossible? Professor Cronin thinks otherwise. In fact, he has already spoken about his research in Edinburgh during a TED Global conference.

The goal isn’t so much to allow scientists godlike powers over life and death, but to finally get the theory of evolution moving in the right direction. This is accomplished by creating chemical processes involving membranes among inorganic cells. It’s real brainy stuff that could revitalize science’s eternal quest for the true origins of not only our species, but life in the universe. If there’s life in the universe.