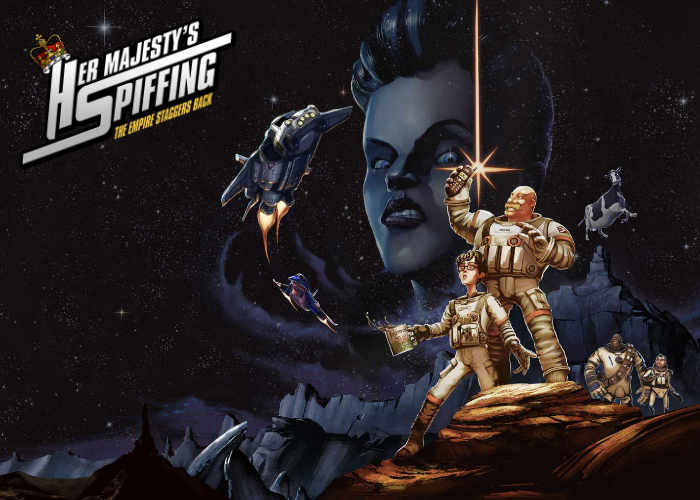 A new launch trailer has been released this week for the humorous 3D graphic adventure game that will be available to play on the Xbox One, PC and PlayStation 4 during the fall of 2017.

Billy Goat Entertainment has been creating the unique sci-fi game which takes the form of “a satirical, jovial space adventure game” say its creators. Check out the trailer below to learn more about what you can expect from the storyline and gameplay.

Her Majesty’s SPIFFING is a quaint graphic adventure game following the exploits of Captain Frank Lee English and his trusted regional accented colleague, Aled, as they travel through the cosmos in search of planets to claim for a new Galactic British Empire!

In the wake of political developments during the summer of 2016 and the events that followed, Britain found itself increasingly isolated from global society. Frustrated by the demise of this once great nation Her Majesty the Queen concluded that the elected representatives at Westminster were no longer fit to govern her United Kingdom.

Having dissolved parliament, returning the United Kingdom to an autocratic government, improvements were immediate and wide ranging. However, ever the pragmatist, Her Majesty concluded that, given the complications Britain was facing returning to a position of power on earth, perhaps it was time to focus her attention elsewhere…

Establishing S.P.I.F.F.I.N.G. (Special Planetary Investigative Force For Inhabiting New Galaxies) Her Majesty has turned to the stars in a bid to establish a new, Galactic British Empire!