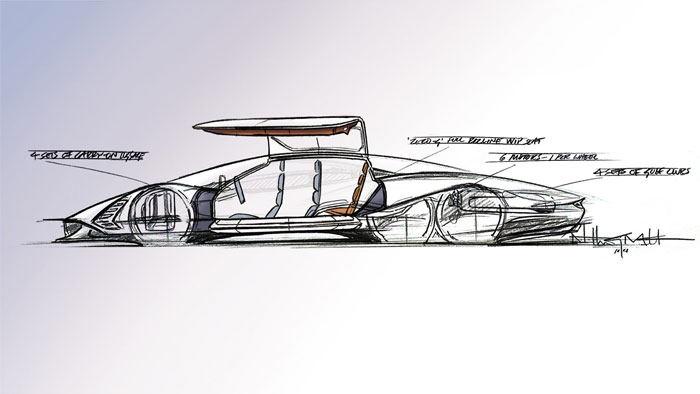 At this point, we all know that electric vehicles offer incredible performance, often better than the performance from traditional combustion-powered sports cars. Hennessey is a company that has been taking sports cars, trucks, and SUVs and making them even faster for a long time. The company has now revealed its first electric vehicle concept called Project Deep Space.

Production of the Project Deep Space vehicle will commence after production of the Venom F5 hypercar. Deep Space is a six-wheel-drive electric vehicle that uses six electric motors. Six wheels were chosen to help improve grip to allow the car to accelerate faster.

The car will have a four-passenger cabin with a diamond seating arrangement that places the driver in the middle of the car. The rear seats offer lie-flat seating that aims to bring private jet luxury to the hyper GT segment. Hennessey says it will be the most expensive electric vehicle in the world, starting at $3 million, with production beginning in 2026.