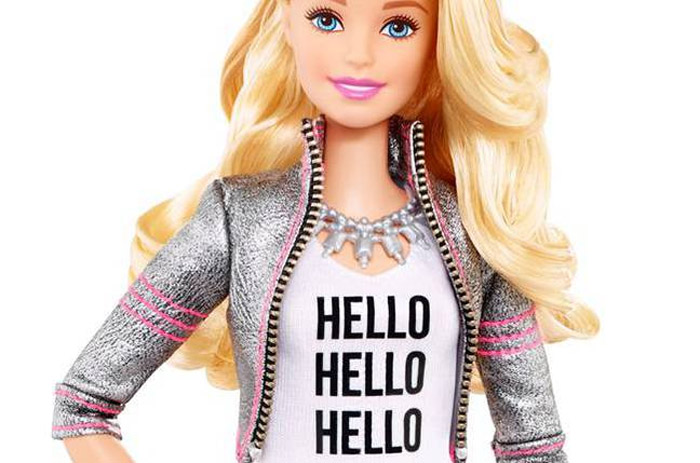 Mattel has been making the Barbie doll for decades now and the doll has more stuff than you can shake a stick at. Girls and boys have played with the dolls for generations and Mattel has a new version of the Barbie that is packed with high tech gear made by a company called ToyTalk. The toy is called Hello Barbie and it uses WiFi to connect to the internet and records your child’s conversations with the toy.

Not only does the doll record the conversations you kid has with it, but it will also email you the conversations. The toy has a microphone, speaker, and a small embedded computer with a battery good for an hour of play. When a button on the belt buckle is pressed, Barbie wakes up.

The things the child says are recorded and sent to encrypted ToyTalk servers. The audio is then processed by voice recognition software to figure out what the kid says and determine a response. The doll has scripts and the best one is selected for what the child asks. One thing that will have privacy advocates up in arms is that the recorded audio of the children using the toy are stores on the ToyTalk computers.