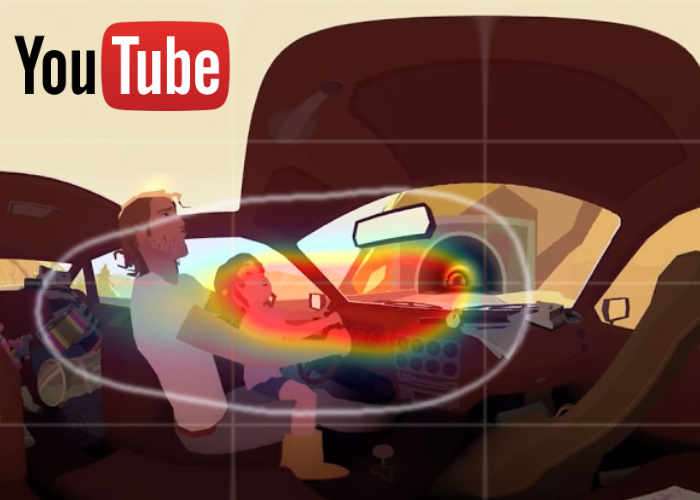 YouTube has this week announced the implementation of a new feature to help virtual reality and 360 degree video creators learn more insight into how their viewers are engaging with their content published via YouTube.

The new Hot and Cold Heatmaps in VR are now available allowing creators to see exactly what parts of a video are catching a viewer’s attention and how long they’re looking at a specific part of the video.

– Focus on what’s in front of you: The defining feature of a 360-degree video is that it allows you to freely look around in any direction, but surprisingly, people spent 75% of their time within the front 90 degrees of a video. So don’t forget to spend significant time on what’s in front of the viewer.

– Get their attention: While a lot of time is spent focusing on what’s in front, for many of the most popular VR videos, people viewed more of the full 360-degree space with almost 20% of views actually being behind them. The more engaging the full scene is, the more likely viewers will want to explore the full 360-degree view. Try using markers and animations to draw attention to different parts of the scene.

– Keep different experiences in mind: The context in which people are viewing VR videos matters too. Some might be watching on a mobile and portable Cardboard, while others are watching on a desktop computer. For instance, we found viewers usually need a couple seconds to get situated in Cardboard, which isn’t needed for other devices. So make sure to give your viewers a few seconds before jumping into the action.

For more information on the new YouTube Enables Heatmaps For VR And 360 Video jump over to the official YouTube Creators website for details by following the link below.