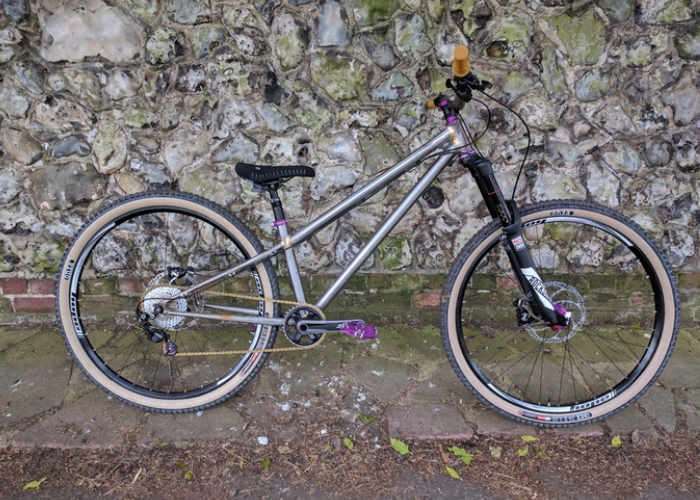 The Sick Bicycle Company based in the UK has created a new Hardcore Hardtail MTB Frame called THE GNARCISSIST which has this week been launched by a Kickstarter to help raise the £16,000 the company requires to take their handmade steel frame into production.

When combined with either 27.5+ or 29 inch wheels the frame “goes up as well as it comes down” say it’s creators. Watch the video below to learn more about its design, inspiration and performance.

The development team at Sick Bicycle Company explain more about the inspiration behind THE GNARCISSIST steel bike frame which is available to back with pledges starting from £750 via Kickstarter.

Super slack, super long, but with an amazing stand-over and a good reach. Still playful, whippable, railable; still able to smash single track, enduro races or bike parks. But is insanely stable, pedals incredibly well and once you’ve had 10 minutes with it; feels like a second home.

Through trail and error (geddit!? ok, poor joke), we have finally found a bike that is better than what we could buy off the shelf.  Looking at the geo on paper, logically speaking, it shouldn’t climb well; but it’s a hardtail with a steep seat tube angle, the bike is long and planted so actually it does. The steering is slower on the uphills due to the slack head angle than you typically may ride, but really when was the last time you had to react fast on an uphill? “Watch out for that tree, bro!”

Its not made for Olympic XC races, it’s really not, but to shuttle runs at a bike park or enduro events? Its got you. Ripping single track? It’s got you. Boosting A-Line whips? It’s got you. Coming off line in a rock garden, in the wet, in Wales on a Sunday? You guessed it, it’s got you.