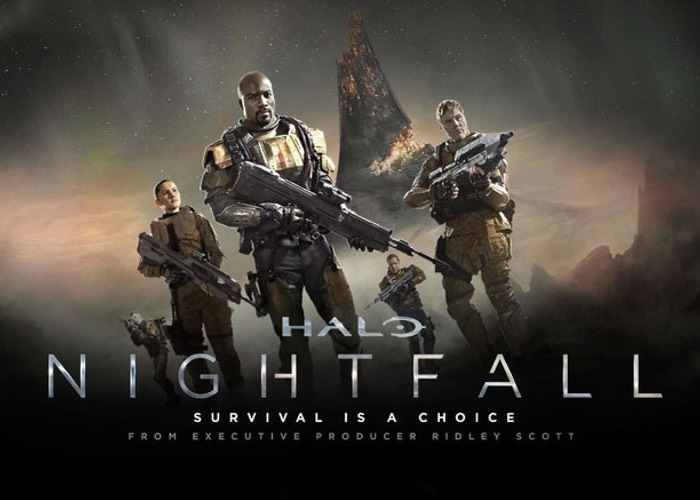 Fans of Halo Nightfall will be pleased that Microsoft has this week followed on from the announcement that the series will be made available via a digital download. By announcing that both DVD and Blu-ray copies of the Halo Nightfall series will also be available to purchase from March 17th, 2015 onwards via retail.

Halo Nightfall is a live-action Xbox Originals web series that was created to be viewed on Microsoft’s new Xbox One, the older Xbox 360 console, and other Microsoft devices, and was first streamed during 2014.

Halo Nightfall has been written by Prison Break creator Paul Scheuring and produced by Scott Free Productions and consists of five episodes which released on a weekly basis.

“On February 7, 2556, Jameson Locke is part of a unit sent by the UNSC to investigate Covenant activity on Sedra. During a covert operation, Locke and a team of ONI agents attempt to prevent a rogue Sangheili from detonating an unidentified weapon. The team’s efforts fail, resulting in the detonation of a biological weapon that only affects humans.

Locke’s investigation into the source of the biological weapon leads ONI to a fragment of Installation 04. Working with Colonel Randall Aiken and a small team of Sedra militia members, the ONI team lands on the fragment. Although the joint strike team captured two human smugglers, they are ambushed and stranded by Lekgolo worms during extraction.

With their D81-LRT Condor dropship disabled, the surviving humans attempt to make their way to the smugglers’ tug ship, and have a problem. The tug itself can only carry two passengers, which ultimately splits the group into two, Locke with Randall and Sedra militia member Mercer, while two members of Locke’s team are with a surviving smuggler.

Locke’s group finds the crashed Condor, barely flight-capable. Randall volunteers himself to detonate the nuclear ordinance while Locke and Macer use the Condor to reach the tug. Locke and Macer successfully escape the Halo fragment with the commandeered tug before its detonation.”