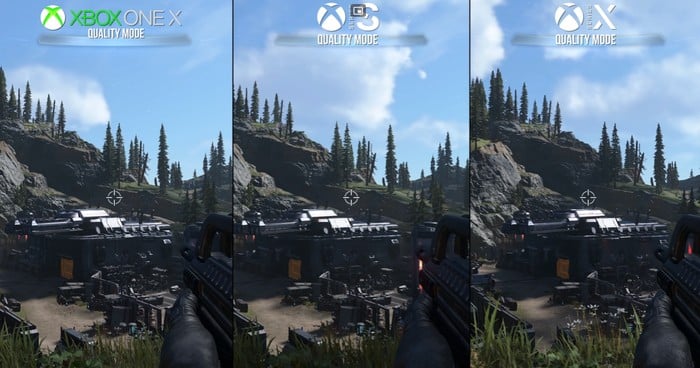 Gamers interested in learning more about the performance, enhancements and graphics you can expect across the Xbox console versions of the new Halo Infinite game which launched yesterday. Will be pleased to know that the team over at Digital Foundry have wasted no time comparing the gameplay of Halo Infinite across Xbox Series X/S vs Xbox One S/X. Check out the video below to learn more about the results and what you can expect from the console version of the game which is also available to play on Windows PC systems.

Halo Infinite is a first person shooter in the eighth game in the Halo franchise providing gamers with features such as 120 FPS and greatly reduced load times to provide a more seamless gameplay experience on next-generation consoles.

“Every Xbox console tested with 343 Industries’ long-awaited Halo sequel. Open world gameplay defines Infinite, on an engine that scales impressively to all consoles old and new. Xbox One gets the first billing in this analysis as we test original 2013 hardware – where a dynamic 1080p and 30fps cap are respectably held, if let down by uneven frame-pacing. How does Xbox One X, Series S and X augment this experience? Are frame-rates successfully locked at 60fps on more powerful consoles? And what of loading times? Tom runs through every version, every mode, to get you the answers in this breakdown.”