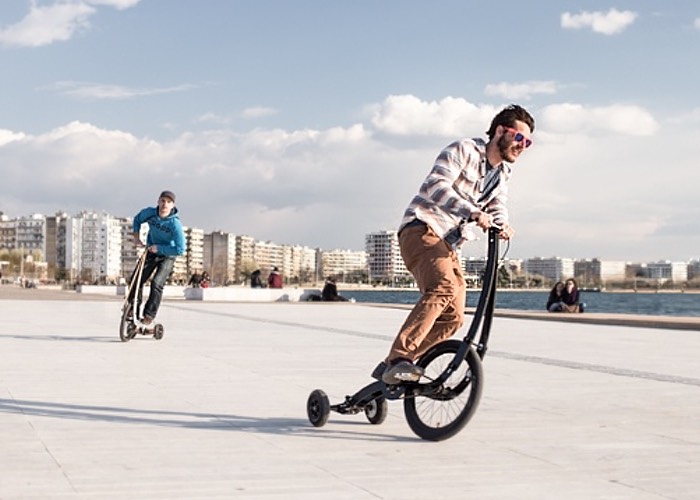 Following on from the design and Kickstarter launch of the first Halfbike, the design team behind the next-generation personal transportation vehicle have now launched a second generation design again seeking backing via Kickstarter.

Building on the technology used in the first Halfbike the latest rendition provides a vehicle that “awakens your natural instinct to move” saying its developers Kolelinia. 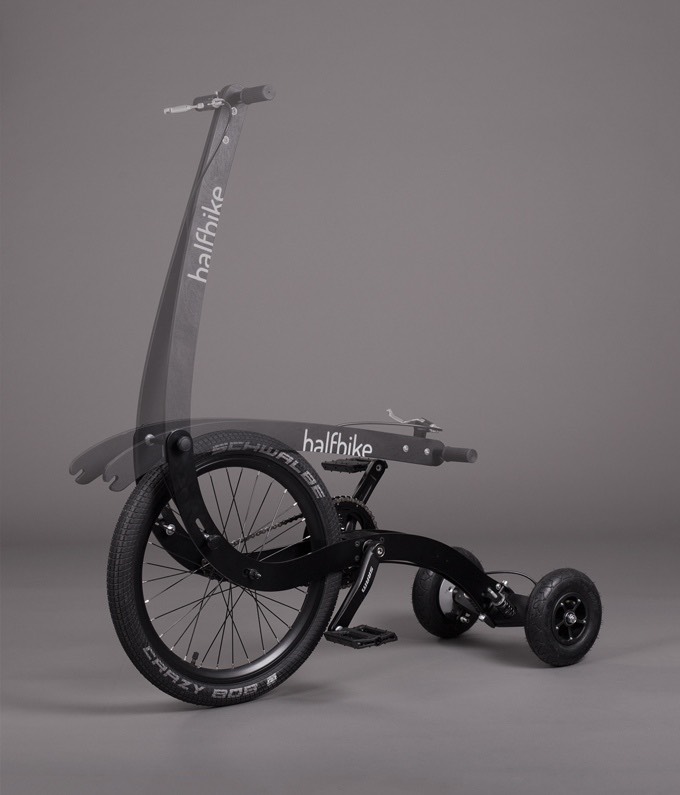 Watch the video below to learn more about this very unique personal transportation vehicle and the new functionality you can expect to enjoy in the second generation Halfbike.

“Halfbike is both compact and light, so you can take it practically everywhere with you. Since it’s foldable, you’d be allowed to take it onboard most public transit systems. When folded, a Halfbike fits easily in the trunk of even a small car, under your desk at work or in an overcrowded closet. You can put it inside a lift and even easily carry it when you need to take the stairs, for it is under 18 pounds and quite small. Basically a Halfbike would fit into most spaces too small for a regular bike.

We’re in no way trying to convince you that a Halfbike is better than a bicycle nor that you should get one and throw away your trusty old bike. The two are so different that they’re actually hard to compare. The feeling of riding a Halfbike is really nothing like riding a bicycle. But believe us, you’ll certainly enjoy exactly that difference. If we must point out just a few advantages we would probably go for the fun of riding, its lightness and compactness.”

Halfbike 2 is currently over on the Kickstarter crowdfunding website looking to raise $50,000 to make the jump into manufacture. With still 23 days remaining on its campaign the project has already raised $85,000 thanks to 232 backers.

If you feel you would like to use the Halfbike 2 jump over to the Kickstarter crowdfunding website to make a pledge for $349 to be amongst the first few to get your hands on the new vehicle.