They guys over at 1 Block Off The Grid needed a high end computer that would easily run Adobe After Effects, rather than buying a Mac Pro for about $3,000 they decided to build their own Hackintosh.

What makes this Hackintosh unique is the case, instead of paying for a case they decided to use the Amazon cardboard box that the computer parts were shipped in. 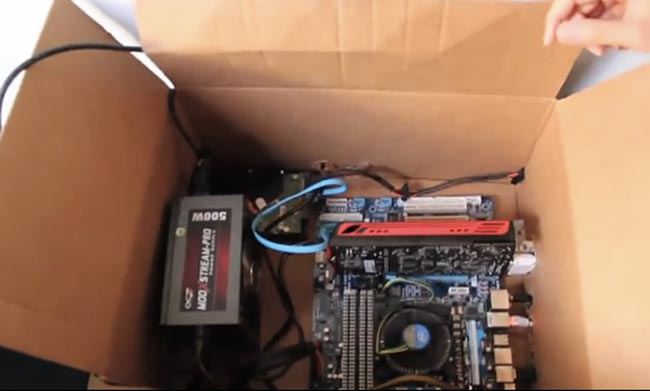 You can see it in action in the video below, it also has a unique on and off switch, and the total cost to built it was around $800.