A Pair of hackers at the this years DefCon conference have show off a new camera drone launcher which was created using a flare gun, and the device is capable similar to one used by the military to launch cameras from a grenade launcher.

The military version of the camera is then capable of capturing video for about 8 seconds, the video is then sent back to a receiver unit, and it uses a Firefly single use spy camera which was developed by the Israeli military. 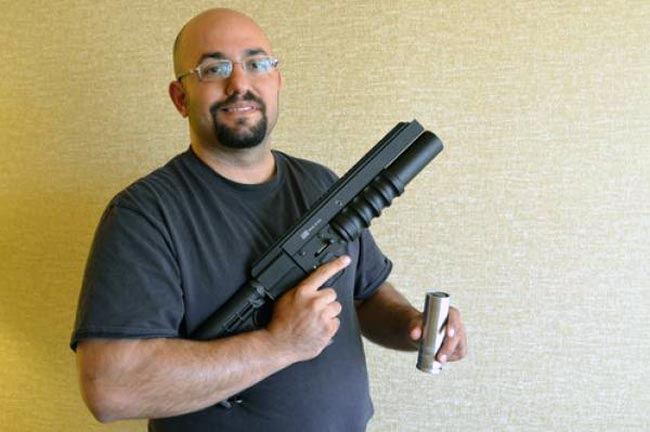 Hackers Vlad  and Joshua Marpet modified a 37mm flare gun and have tested it with a small camera which transmits images back to a 5.8 Hz wireless receiver, and their first test saw the camera fly 30 feet into the air, they are hoping to reach a distance of around 250 feet with their next prototype.