So this real clever guy named Steve is being credited for making the Haptic. It’s quite an impressive gadget that’s actually a portable sonar device for the blind. The technology, however, isn’t new. What Steve really accomplished was make it more compact for wearing on the wrist. As the accompanying blog post put it, “It’s like strapping a bat on your wrist.” Couldn’t have been any blunter. 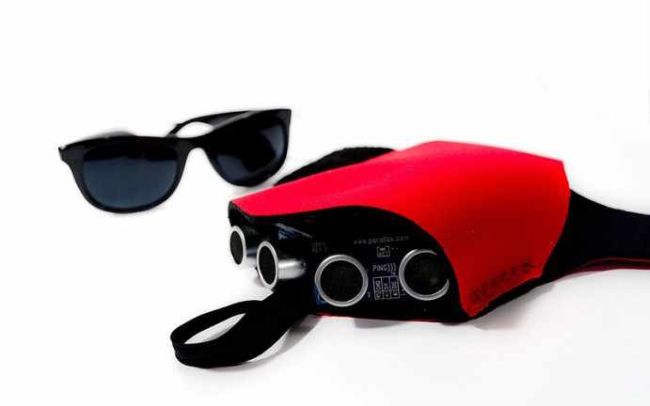 For your perusal, a video:

The Haptic’s ultimate purpose is to allow the blind to ‘feel’ the terrain they are walking on. The fact that it uses a cloth cover/case indicates its inventor has a flare for sensible design. We have no idea how rugged this is, however. Apparently, the Haptic isn’t the first of its kind as similar sensors have been commercially available for a while.

What makes it different is the gadget is custom-built for a different part of the body–the wrist. Thus when worn, the Haptic intends to replace the blind person’s cane or at least broaden their aural perception.

Sonar really is impressive and to get it to the size of a hand-mounted device is something to be proud of. Hope Steve never stops building things. Who knows what he might come up with next?