At the beginning of August some of our readers might remember the launch of a new developer board called the HackBerry A10, which would be soon available for around $60.

Well those of you anxiously waiting to get your hands on one, will be pleased to know that the HackBerry A10 has now started shipping for $65 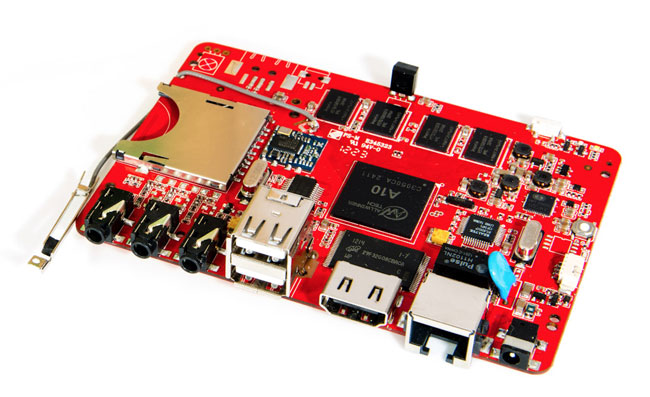 To re-cap the Hackberry A10 is powered by an Allwinner A10 processor, fitted with a single core 1.2 GHz ARM Cortex-A8 chip, which can be supported by 512MB or 1GB of memory with graphics provided via a Mali 400 chip, capable of handling high definition video.

“The “Hackberry” is an A10 based PCBA, as used in some TV_T100 TV Set Top Box derivatives. Measuring 100mm x 80mm it breaks out most of the Mini-PC related I/O Functions of the A10. The factory Android image is built as Model Number “TV_T100”

The new HackBerry A10 developer board is capable of running Google’s Android 4.0 Ice Cream Sandwich (ICS) operating system, and various version of Linux.