If you are looking for something similar to the Raspberry Pi Mini PC, but with a faster processor, extra memory, built in storage and wireless connectivity.

You might be interested in the new Hackberry A10 Developer Board which is now available to purchase for around $60, and is capable of running a variety of operating systems including Ubuntu, Fedora, and other Linux based distros. 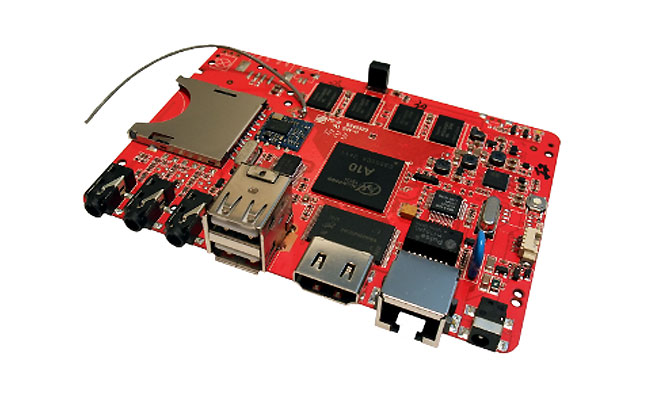 The Hackberry A10 Developer Board is equipped with an Allwinner A10 processor, which is a single core 1.2 GHz ARM Cortex-A8 chip which provides graphics via a Mali 400 chip, capable of handling high definition video.

The Hackberry A10 is also equipped with 4GB built-in storage, with 1.5GB available in the Android user partition. Its possible to boot the Hackberry A10 from a SDHC card or via its included internal memory.

Other features of the Hackberry A10 Developer Board include 10/100 Ethernet, 2 x USB 2.0 ports, HDMI port, 3.5mm mic port, composite video and 4-pin serial header. If you enjoy building Raspberry Pi projects you might be also interested in the awesome Raspberry Pi tablet created by Michael Castor.