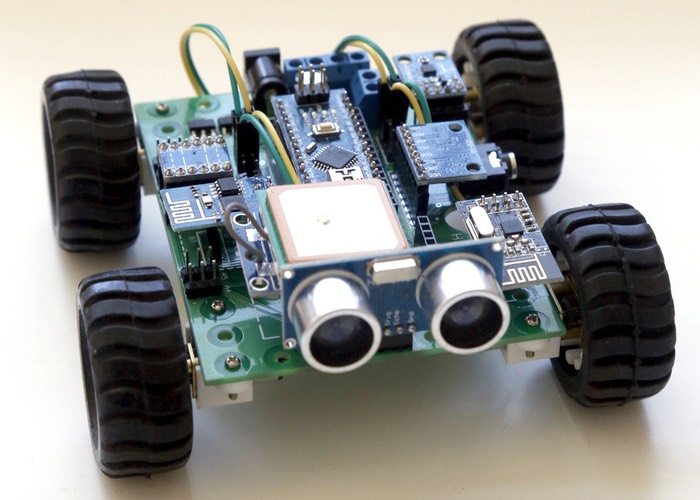 Makers, and hobbyists that would like to learn more about robotics maybe interested in a new Arduino robot kit that has been developed by Funnyvale based in California, called the Hackabot Nano.

The Hackabot Nano has been specifically designed to be an easy to build Arduino robot, and will come complete with its own free Android companion application if the project reaches its stretch goal of $10,000.

The Hackabot Nano Arduino robot project is currently over on the Kickstarter crowd funding website looking to raise enough pledges to make the jump from concept to production. Its creators explain a little more about the Arduino Hackabot Nano robots key features :

So if you think Hackabot Nano is something your Arduino building could benefit from, visit the Kickstarter website now to make a pledge and help Hackabot Nano become a reality via the link below.