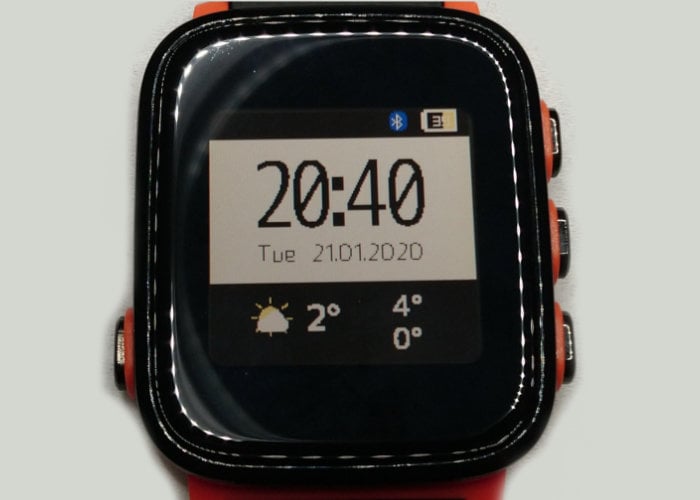 The SMA-Q2 hackable smartwatch also known as the SMA-TIME, based around the popular NRF52832 Bluetooth SoC and feature a colour memory LCD, accelerometer, and a heart rate sensor located on the rear. Hackaday.io member “emeryth” has reverse engineered the SMA-Q2 smartwatch to run open source firmware.

“I decided to lay my pebble watch to rest, so now I am motivated to make the SMA-Q2 firmware actually useful. I have designed a new watchface including current weather form Gadgetbridge. I have also added basic music control support, although the song info is not yet transmitted from the phone. That is because I need to decide on a protocol for transmitting large packets of data. Along with those updates, I have also improved the current consumption, mostly by redrawing the screen only when it is needed. Consumption now oscillates around 1.5mA which should give about 5 days of battery life.” 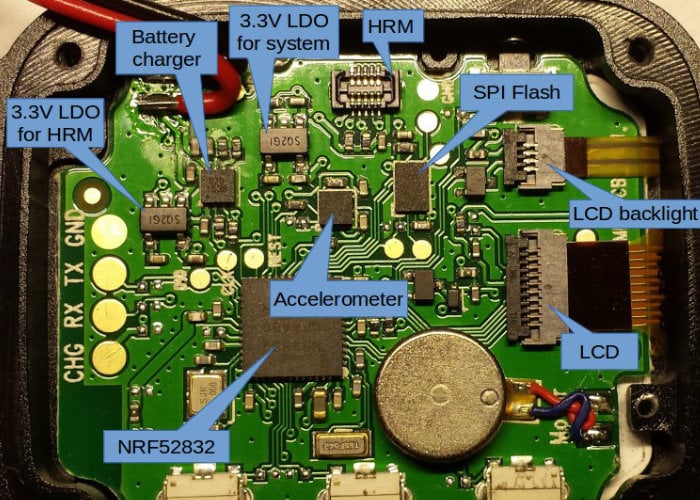 “The original firmware runs on S132 SoftDevice ver 2.0.1. The device contains an OTA bootloader that can be used with the generic Nordic upload tool, so new firmware can be uploaded safely. The chip is locked, so if you want to use your own firmware you have to use the built-in OTA bootloader or erase the whole chip to remove the lock” explains Emeryth.”

The stock bootloader on the NRF52832 supports the generic Nordic upload tool, making firmware upgrades a breeze via a smartphone, that is once you have unlocked the boot loader to gain access. Jump over to the Hackaday.io website for full instruction on how to unlock yours SMA-Q2 smartwatch.