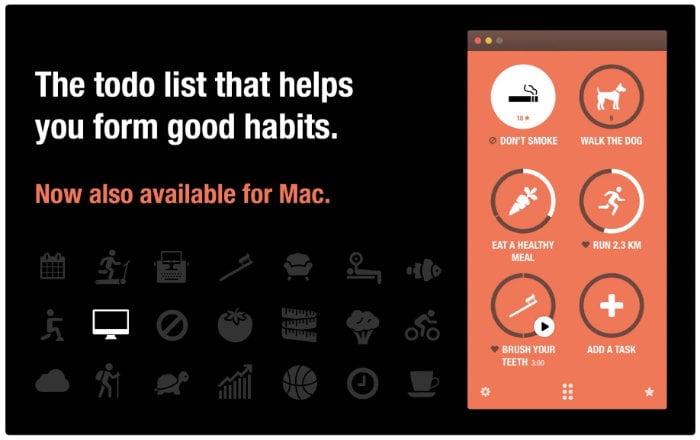 Streaks the popular habit tracking application previously available only on iOS devices is now also available on Apple Mac systems thanks to a new update which has been rolled out this week. “Track up to twelve tasks you want to complete each day. Your goal is to build a streak of consecutive days.”

Features of the Streaks  habit forming application include :

– Streaks automatically knows when you complete tasks linked to the Health app
– Streaks reminds you automatically when you need to complete a task
– You can also create negative tasks to break bad habits
– Create timed tasks to track mindfulness, brushing your teeth, or anything

“I was smoking 15 cigarettes each day. Streaks helped me to quit smoking by reducing and then eliminating my daily use.” – Ben, Adelaide.

Other changes in this update for iOS ans Mac :