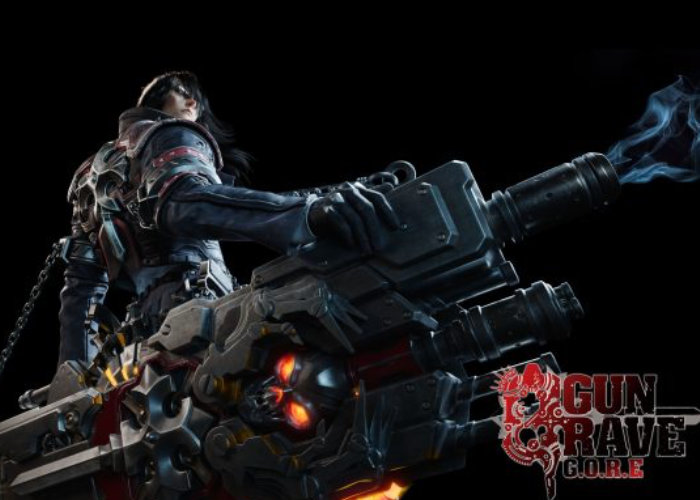 Gungrave G.O.R.E introduces characters Beyond the Grave and Bunji Kugashira an has been showcased at this month’s Tokyo Games Show. Check out the trailer below to learn more about each of the new characters.

He was the organization’s top hitman, once feared as “Brandon Heat,” the “God of Death.” He was killed after being betrayed by his best friend Harry McDowell, but through a technique called “Necrolyze,” was reborn as a “Deadman” with an immortal body that took the name “Beyond the Grave.”

However, he lost his memory and emotions as a result. He only remembers one thing: “Mika Asagi.” The resurrected Grave became a killing machine and together with Mika destroyed the organizations Millennion (Gungrave) and Garino (Gungrave O.D), who were circulating the drug known as “SEED.” However, the peace was short-lived.

When Grave and Mika hear about SEED production factories on Scumland, an island that suddenly appeared in the coastal waters of Southeast Asia, the two make their way to the island.

Grave brings with him his double-barreled Cerberus and a coffin equipped with heavy artillery as his battle to exterminate the SEED drug begins once again.

He was a talented hitman and one of the Big Four of the mafia organization Millennion. He was once Brandon’s sole shatei (younger brother), and admired and respected his skill and character.

Even after Brandon was resurrected as the Deadman Grave, losing both his memory and emotions, Bunji refers to Brandon as “aniki” (older brother) and harbors both friendship and discontent towards him.

In Gungrave, he challenged Grave in an effort to surpass him, but lost. In Gungrave O.D, he became a SEED again and stood before Grave with the determination to defeat him, but was defeated. In Gungrave G.O.R.E, he is resurrected without emotions or memories by a “mysterious existence.” And he will face Grave once again.