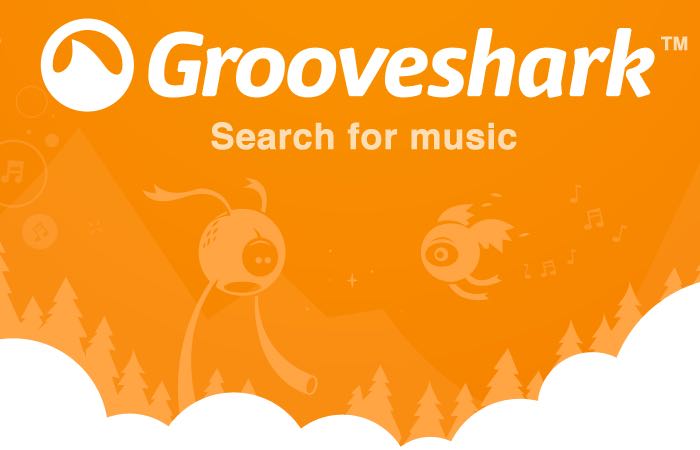 Today the troubled streaming music service Grooveshark has announced that it will be closing its doors and will stop streaming music, ending the legal action started by Warner, Sony, and Universal Music back in 2011.

In an announcement today Grooveshark apologised for some “serious mistakes” it had made whilst streaming music without securing licences from the rights holders.

The closure of the service is part of a deal that has been agreed by both Grooveshark and record companies currently suing the music streaming service from not obtaining licences before allowing access to the music, claiming that Grooveshark was “harbouring pirated pop”.

The company explained in its statement today on the front of its website : 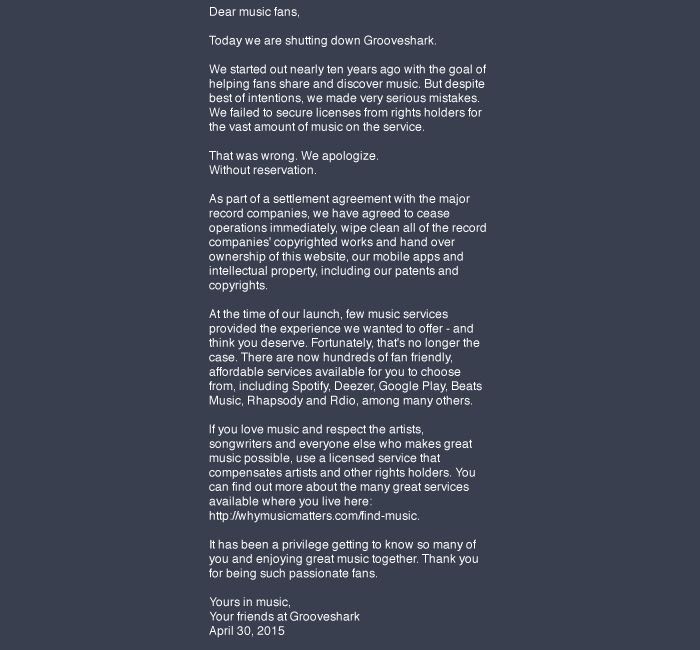 “Grooveshark was a Web-based music streaming service owned and operated by Escape Media Group in the United States and originally launched in 2007. Users could upload digital audio files, which could then be streamed and organised in playlists.