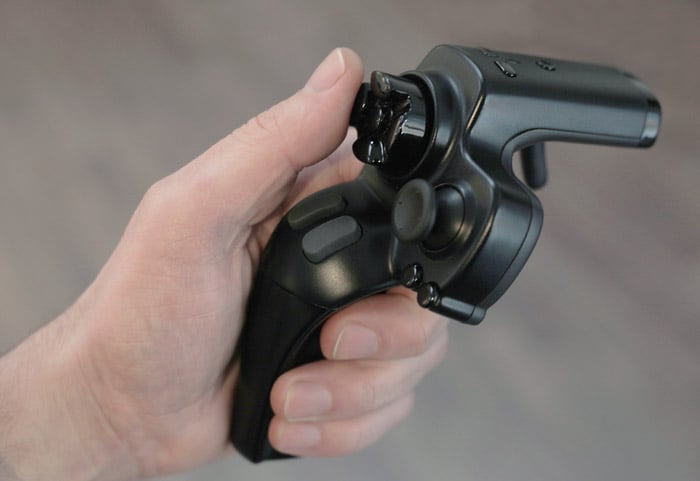 When it comes to gaming on consoles or mobile devices, there are more controllers out there than you can shake a stick at. Most of them are similarly designed and feel about the same in the hand. It’s nice to have one controller you can use for gaming with your console and with your mobile device.

A game controller called the Grifta has turned up on Kickstarter that will work for the PS3, PS4, Xbox 360, and Xbox One. In addition to those four consoles, it also works with Windows PCs and Android devices. You do need a XIM adapter for the controller to work with the PS4, and either Xbox console.

Grifta works natively with Windows, Android, and the PS3. Grifta has a split design that gives you a section for each hand that can control anything in the game. The controller comes with three handle sizes to allow you to choose the most comfortable one. Grifta is on Kickstarter now seeking £65,000 and has raised over £72,000. A pledge of £30 or more will get you a controller with shipping in July 2015. The controller is available in colors as well.